Hub City takes an intriguing look at the city’s past. Comprised  of several different elements, this exhibit highlights the commercial  development  of Nanaimo, Chinatown, as well as a feature on heritage homes, and Nanaimo’s civic development.

Today, Nanaimo is known as the Harbour City.  In the city’s storied past, Nanaimo was the Hub City.  The name refers to downtown’s distinctive fan-shaped street pattern, reminiscent of the spokes or hub of a wheel.  The Hub City played a role in the stories shared in this exhibit and the artifacts are connected to heritage homes, businesses, civic development and Chinatown.

Signs from Nanaimo businesses, a general store and clothing store window display highlight downtown’s retail sector.  Architectural features and archival photos provide a glimpse into some of Nanaimo’s prominent homes.  The striking display of stained glass and photos, backlit by windows, show people and places associated with everyday life in the city.  Artifacts from the museum’s rich Chinese collection feature prominently in the exhibit, thanks to donations made in memory of Edward Lee and his wife Marion. 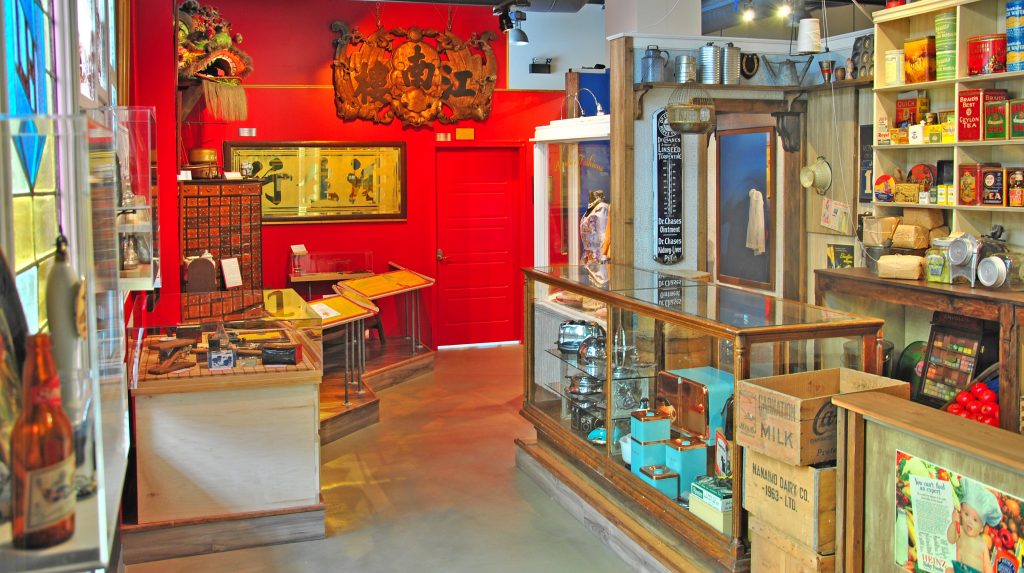