Timber! explores the historical impact of the forestry industry on the region. Discover the importance of logging, sawmills, and pulp manufacturing through interpretive panels, fascinating models, and informative displays.

In 1852, lumber was needed for building houses, the Bastion, and other structures. This created a need for sawmills. The Hudson’s Bay Company operated a sawmill at Millstream which provided lumber for the area and was subsequently expanded in order to meet demand. While the original site closed down in 1905, other sawmills began to operate from that point on, some more successful than others.

When coal mining declined as Nanaimo’s major employer, men began to transition towards industrial logging in the Nanaimo Lakes area. Until the 1990s, logging, sawmilling, and log hauling employed many men and women. In more recent times, prominent companies such as Mayo Forest Products—later Western Forest Products—closed its doors in 2008 due to poor market conditions. As a result, 720 sawmill workers and loggers found themselves out of work.

A successful company in the modern market place is Coastland Wood Industries Ltd., a private Canadian-run corporation that was established in 1987. It expanded its operations in 2001 and it now operates two softwood veneer peeler lines in Nanaimo. Veneers are used in making laminated veneer lumber for the construction industry. 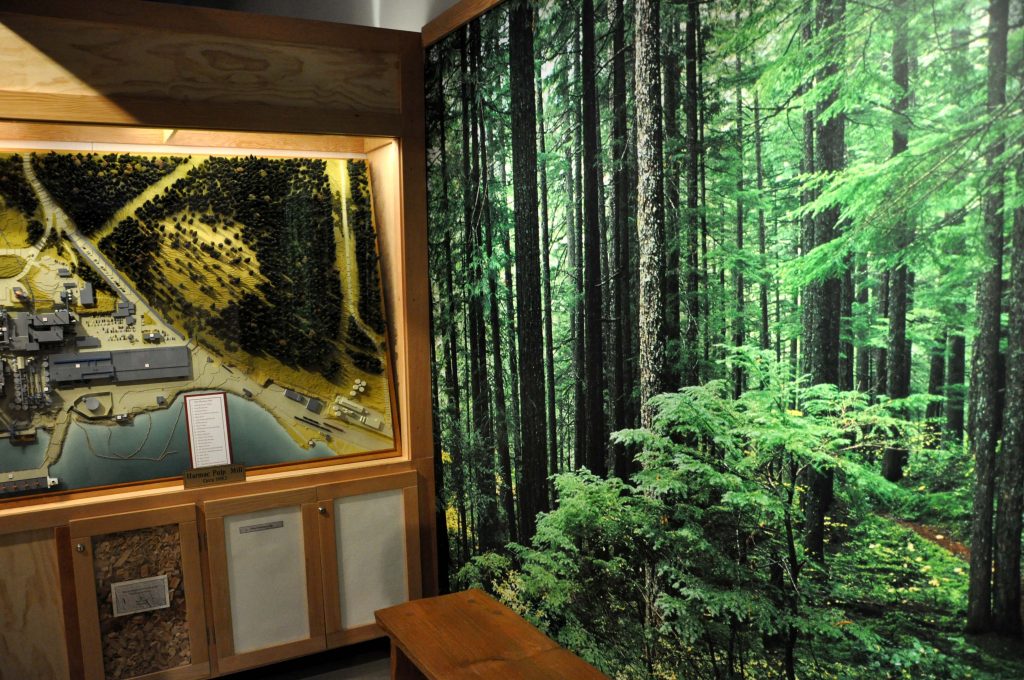